Greetings! I'm Van O'Brien and I welcome you to my website. I am 62 year old retired photographer and video production guy. I am spending my retirement traveling around in my 1986 VW Westfalia Syncro van. I camp in National Forest and BLM areas and tend to stay in one place for the allowed period of two weeks per location. I have a new traveling companion, an Australian Cattle Dog named Willow.

As I was about to turn 60 and experiencing some personal issues, it was time to reevaluate my life. After years of working hard at many jobs in my life, such as managing a camera store, running a convention center, running an art museum, working at a couple of TV stations, and most recently, co-owning a photography studio & video production company outside Rocky Mountain National Park, it was time to make a change in my life. I had been reading and watching YouTube videos about van life, and was intrigued. I could do that. I want to do that! I already had a great van, so why not?

I've always enjoyed camping in my vans and started considering what it would take to do it full-time. I divested myself from my business, and sold everything I own, except for some family heirlooms (going to family) and of course, my 1986 VW Westfalia Syncro Campervan and anything I thought I could use in the van. I still have way too much stuff in my van, but I'm sure I'll whittle that down once I get a better feel of what exactly I need and more importantly, what I don't need.

Why did I choose "Van Life Geek" as my online name? Well, I've always been a computer and technology geek, pretty much since personal computers were available. My first computer was an IBM with only two 5 1/4" floppies and no hard drive. This was one of the first computers available to the public. I'm also a big gadget guy and have plenty of them in my van. I've built computers for myself and my clients for years, mostly beastly ones that were meant for photo and video editing. Adding the geek moniker seemed to make sense... and the domain name was available. Plus, I like the double entendre since my name is Van and it's about my life and vanlife combined. I'm so damn clever ;-) 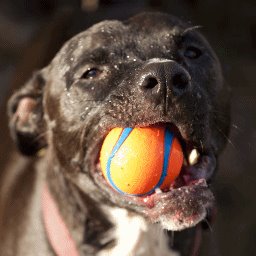 So now it's just me, my old dog Loki, and my van. Loki is missing the comforts of his old home, with bigger couches, beds and the like, but is getting used to the idea. He is frightened by gun fire, which is an unfortunate reality in the National Forest lands. He is 11, going on 12, which is longer than any of my previous large dogs have lived, so my time with him is probably a little limited and I dread the day I lose him.. But for now, he's all good!

UPDATE October 2018: My old pal Loki has passed. He made it to 13.
As of April 12, 2021, I finally have a new traveling companion named Willow. She's a 10 month old Australian Cattle Dog that I found at the Humane Society. She's much smaller than Loki was, so I think she'll be more comfortable in the van. I'm looking forward to many years of adventures together! 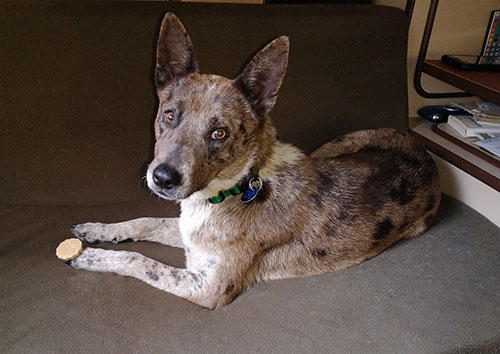 I've always loved the idea of a VW campervan, ever since I was a kid. Back in the early 70's, I'd convince my mom to take me to a VW dealership just so I could sit in one of their new campers on the showroom floor. I knew I would own one someday. Now, I'm on my third Westfalia camper. My first one was a green 1982 diesel and was a ton of fun, but it had way less power than my current underpowered 2.1 liter engine. My second Westfalia was a copper colored 1984 that my girlfriend at the time named Penny, and I traveled all around in that van and fell in love with the "Westy concept" all over again. I wondered what could be better? How about one with 4-wheel drive? Yea, that would be cool! So now I have just that... a rare Syncro! For those that aren't familiar with a Syncro, it's the 4-wheel drive version of the VW Vanagon and were imported to the US in relatively limited numbers, making them very desirable today. It is a very capable 4x4 that you can cook and camp in, or in my case, live in. Read more about my Syncro Westy here. 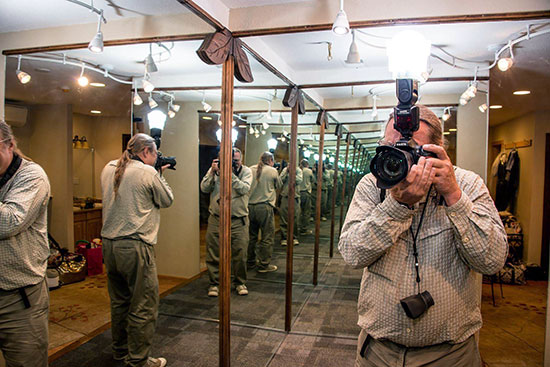 I'm also keeping some photography & video equipment from my business, as well as picking up some new stuff along the way. Here's most of the equipment:

I'm really looking forward to my new life and concentrating on my nature/wildlife photography and making videos for my YouTube channel. I may also decide to do some portrait photography on occasion for some extra income. As you can see from my list of equipment, I still have plenty of gear and might use it to try and make a buck or two. I really do like doing portraits and might even do it for fun since I have all the right equipment and enjoy doing it so much. Watch the video below to see my style of portraits in nature. There are more portrait examples on my Video Page.

If I really need some extra cash, I might do some real estate or event photography once in a while, but I'm kind of hoping I won't need to do that. Event photography is fine, but real estate photography is tedious and not very rewarding, however the money isn't bad if you can find a realtor that wants quality images. I don't think I'll venture back into wedding photography, but I might consider a wedding video gig if the opportunity should present itself. Wish me luck! 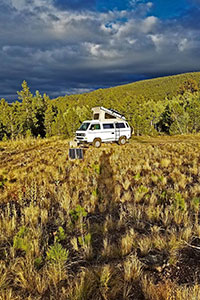